Zoey Lyndon has just started the fourth grade in a brand new school. She thought making new friends would be easy, but moving from Philadelphia to Saint Louis has proven to be a lot more difficult than she imagined. Feeling rejected and alone, Zoey begins to dread the cafeteria, because this is where she begins to feel like a fourth grade reject. After a chance encounter with Tomasina Mitchell — aka Tommi, a very friendly and fellow science loving classmate, things begin to look up for Zoey.

Zoey and her friends are excited to take part in the Briar Ridge Elementary annual talent show. In fact it’s all they can think about. The girls know their dance skills make them a shoo-in for the win. When the focus suddenly shifts to the disappearing items in Mrs. P’s classroom, Zoey and her classmates try to solve the mystery of the sticky finger bandit. Tensions build as the culprit becomes more brazen in taking their prized possessions. All the while, it’s Science Week. Zoey’s enjoying the hands on fun and scientific exploration until someone hi-jacks one of the experiments and the drama begins to unfold! A story filled with laughs, crushes, mystery, dram and of course science. Will Zoey and her friends win the talent show? Will the identity of the sticky finger bandit be revealed? Follow along with Zoey and her friends to see what happens next. 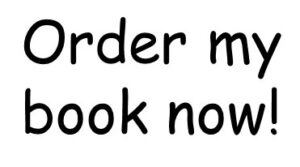