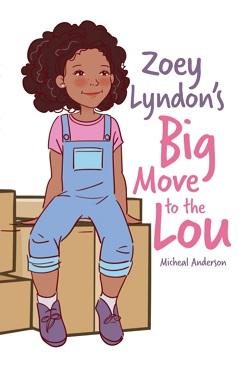 Have you ever worked towards something that you desperately wanted and at the precise moment that you could actually see the finish line — BOOM — you hit a snag that brings you to an immediate stop? Well my friends, this is precisely what happened to me with my debut book Zoey Lyndon’s Big Move to the Lou. To say that I was disappointed is an understatement, but setbacks are simply a reality and I know that in life they happen … you press through and move on.

Sometimes setbacks are necessary, I know it doesn’t always feel that way, but they usually happen for a reason. Since I’ve been on this writing journey, I have met a few talented and extremely supportive writers and authors. Originally my book was supposed to be released in July 2020, but just before my files were scheduled to be uploaded to the publisher, a very honest author friend suggested that I have another editor take a look at my story. That is exactly what I did and I am grateful to her and for this very necessary setback.

In my excitement to move forward, I had overlooked a couple of things that my initial editor had missed. Unfortunately, I realized that I needed to pump the brakes and find me another editor pronto. This setback meant that I would not be able to release my book as scheduled and that was okay with me. What mattered most was making sure that I was releasing my best work to be published. Yes it was frustrating and disappointing to miss the initial date that was set forth for my debut book release; however, I know it was what needed to be done.

I did not allow this setback to hinder me from moving … on the contrary. Zoey Lyndon’s Big Move to the Lou is scheduled to uploaded to my publisher, and I could not be more excited! Zoey’s story is about friendship, self-confidence, family, and encourages girls in STEM. Her story is one that young people can definitely relate to, and it is told from the black perspective. It was imperative that Zoey’s story be told from a young black girl’s perspective, because too often books are written from others perspective and I wanted girls of color to be able to see themselves in this story. It matters that black and brown children are represented in the stories they read.

To know when Zoey’s Big Move to the Lou will be available, please follow me on my Instagram page.